Deaths from a cancer caused by asbestos dust are at an all-time high, research by BBC Look East has revealed.

Since the 1980s, the male death rate from mesothelioma has increased more than four-fold in the east of England.

The increase outstripped those in Scotland and Wales and in all but one English region, according to figures from the Health and Safety Executive.

In Essex alone, coroners recorded 115 verdicts of death from industrial diseases in 2010.

That figure includes Thurrock and Southend, and the majority of the deaths were asbestos-related.

Only the West Midlands saw a greater increase.

Across Buckinghamshire and Milton Keynes, coroners recorded 10 verdicts of death from industrial diseases in 2010, and in Northamptonshire the figure was 24.

Mr Sewell, a builder, was exposed to asbestos dust as an apprentice.

His widow Nikki said: “He lost an incredible amount of weight. He was about 13st (83kg) and he went down to 8st (51kg) in just a few months. 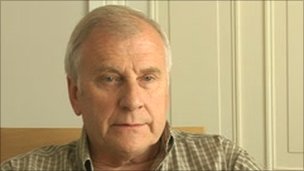 Derek Reeve was given five years to live after developing mesothelioma

“It was quite shocking, really. He had problems with his breathing and the mental torment of it all was pretty horrific for him as well: just being so young, knowing that you are not going to spend the rest of your life with your family.”

Carpenter Derek Reeve, 60, of Sible Hedingham, near Halstead, Essex was told two years ago that had mesothelioma, and was given five years to live after inhaling asbestos dust.

“Some days you get very depressed. You know you haven’t got long left – it’s like an egg timer running out.”

Simon Longbottom, operations manager for the Health and Safety Executive (HSE) in the East, said: “The figure has continued to increase over recent years which reflects occupational exposures that occurred many years ago because there is a long time lag between exposure in most cases and the onset of the disease.”

The HSE expects deaths from mesothelioma to continue to rise for the next five years.

“It (asbestos) was used very extensively all the way up to 1999 when it was finally banned so we have quite a stock of buildings with asbestos-containing materials in them,” added Mr Longbottom.

As well as people working in construction and related industries, mesothelioma has claimed the lives of women who inhaled asbestos dust as they washed their husband’s work clothes.